How Did Joseph Avoid Bitterness and Keep Hoping For Good?

~ Today’s Scripture Art and mini Bible study reveal the secret to how did Joseph avoided bitterness. ~

Have you ever wondered exactly how Joseph avoided bitterness after all he went through?

Near the end of Joseph’s story in Genesis, we find this fabulous verse …

Genesis 50:20 (ESV): As for you, you meant evil against me, but God meant it for good, to bring it about that many people should be kept alive, as they are today.

Joseph said that verse to his brothers, many years after they sold him into slavery because they were jealous of him.

Can you even imagine?

But here’s the thing.

His life wasn’t ruined. Although I’m sure it seemed like it.

Did he somehow know that all along?

And you know what? If Joseph had wallowed in bitterness, his life probably would have been ruined.

Think about that for a minute. You know I did. {grin}

But he didn’t wallow. The Bible tells us that he wasn’t miserable even though he had every reason to be.

We see all throughout Joseph’s story that he trusted the Lord and anticipated His good.

He waited and looked and kept waiting and looking – for His good.

I mean – talk about the power of positive thinking!

Raise your hand if you wish God had given you Joseph’s personality.

Not because I don’t want his personality, but it turns out that personality has nothing to do with it.

This is great news, yes?

As I searched through Joseph’s story in Genesis 30-50, I learned that all of us, regardless of our personality, can have a heart transformation and become permanently expectant with hope for good – no matter our circumstances.

How did Joseph avoid bitterness?

God gives us a few details that clue us in.

Let’s not miss them.

First, we need to establish that Joseph wasn’t simply born with a perfect personality to handle a hard life. He started out sinful and cocky like the rest of us.

Genesis 37:9-11 (ESV): Then he dreamed another dream and told it to his brothers and said, “Behold, I have dreamed another dream. Behold, the sun, the moon, and eleven stars were bowing down to me.” But when he told it to his father and to his brothers, his father rebuked him and said to him, “What is this dream that you have dreamed? Shall I and your mother and your brothers indeed come to bow ourselves to the ground before you?” And his brothers were jealous of him, but his father kept the saying in mind.

He had to be rebuked by his father.

He was not unique – He needed a heart change like every other human.

Side note: Read Why Did God Make Us This Way?

So how did Joseph end up trusting the Lord so deeply?

How did he stay on the lookout for good when it was nowhere in sight?

How did he avoid bitterness because of his circumstances?

Let’s start in Genesis 39, right after he was sold into slavery.

So much so, that it was evident to others!

His relationship with God was also made clear a few verses later when Potipher’s wife tried to seduce him. He viewed the sin to be against God rather than against Potipher.

Genesis 39:9 (ESV): How then can I do this great wickedness and sin against God?”

Genesis 39:4 (ESV): So Joseph found favor in his sight and attended him, and he made him overseer of his house and put him in charge of all that he had.

1 Peter 4:19 (ESV): Therefore let those who suffer according to God’s will entrust their souls to a faithful Creator while doing good.

Genesis 39:7-9 (ESV): And after a time his master’s wife cast her eyes on Joseph and said, “Lie with me.” But he refused and said to his master’s wife, “Behold, because of me my master has no concern about anything in the house, and he has put everything that he has in my charge. […] How then can I do this great wickedness and sin against God?”

So what reward did Joseph get for being faithful in these 3 things?

Genesis 39:19-20 (ESV): As soon as his master heard the words [aka lies] that his wife spoke to him, “This is the way your servant treated me,” his anger was kindled. And Joseph’s master took him and put him into the prison, the place where the king’s prisoners were confined, and he was there in prison.

His story goes from bad to worse.

Now did he start getting bitter?

Let’s move on to chapter 40 to find out.

Genesis 40:8 (ESV): They said to him, “We have had dreams, and there is no one to interpret them.” And Joseph said to them, “Do not interpretations belong to God? Please tell them to me.”

Joseph gave God the credit for the dream interpretations. Also, his good relationship with God was confirmed in verse 22 when the interpretations came true.

Genesis 40:4 (ESV): The captain of the guard appointed Joseph to be with them, and he attended them. They continued for some time in custody.

Genesis 40:15 (CSB): For I was kidnapped from the land of the Hebrews, and even here I have done nothing that they should put me in the dungeon.”

So let’s ask again – what did Joseph get for being faithful in these 3 things?

His story just keeps getting worse and worse.

Guess what? I found three things.

Genesis 41:38 (NLT): So Pharaoh asked his officials, “Can we find anyone else like this man so obviously filled with the spirit of God?”

Genesis 41:46 (CSB): Joseph was thirty years old when he entered the service of Pharaoh king of Egypt. Joseph left Pharaoh’s presence and traveled throughout the land of Egypt.

Genesis 41:48 (NLT): During those years, Joseph gathered all the crops grown in Egypt and stored the grain from the surrounding fields in the cities.

All of these events happened before Joseph knew he would see his family again. But he never seemed resentful or discontented.

How did he do that? Let’s recap.

Was it the power of positive thinking and making the best of it?

He called it what it was – hardship and affliction.

He didn’t cover it up with a fake sunshine and lollipop personality.

God helped him forget it.

“God has made me forget all my hardship.”

How did Joseph sustain an attitude of trusting in God and hoping for His good?

A personal relationship with God.

What about the other two things we kept finding?

Well, numbers 2 and 3 really fall under the umbrella of number 1.

A heart for service and obedience is the fruit of a personal relationship with God.

“God has made me fruitful in the land of my affliction.”

So do you see?

You and I can have that too!

Through a close personal relationship with God.

And if I were to guess, I have a feeling Joseph spent more than 5 minutes in a devotional book each morning.

I have a feeling there was a lot of quality time.

Prison has a way of allowing hours and hours of relationship-building time with God.

But God meant it for good.

And the good? It’s not anything in this world.

The only way to avoid bitterness over our losses in this world is to find contentment in God alone.

Don’t wait. Spend more time with Him in His Word and in prayer.

I will close with two quotes that I read in the powerful Bible study Finding God Faithful – A Study On the Life of Joseph by Kelly Minter, which I highly, highly recommend.

“The God of promise is better than the land of promise.” ~Kelly Minter

“Where God does not grant our request, He will grant us His comfort. No small trade indeed. He is everything.” ~Beth Moore

*My prayer for you is … that this blog will inspire you to open your Bible every single day to seek God’s face and write His Word on your heart – because HE’S the key to lasting heart change!

Read > 12 Things You Need To Know About Suffering

Want a FREE SAMPLE of our Fear Not 365 Scripture Writing Plan?

I like to send original Scripture Art to my Insiders for free!

Yep – I email a new printable once a month so it can be used in these 20 Clever ways!

Join the fun by subscribing below … 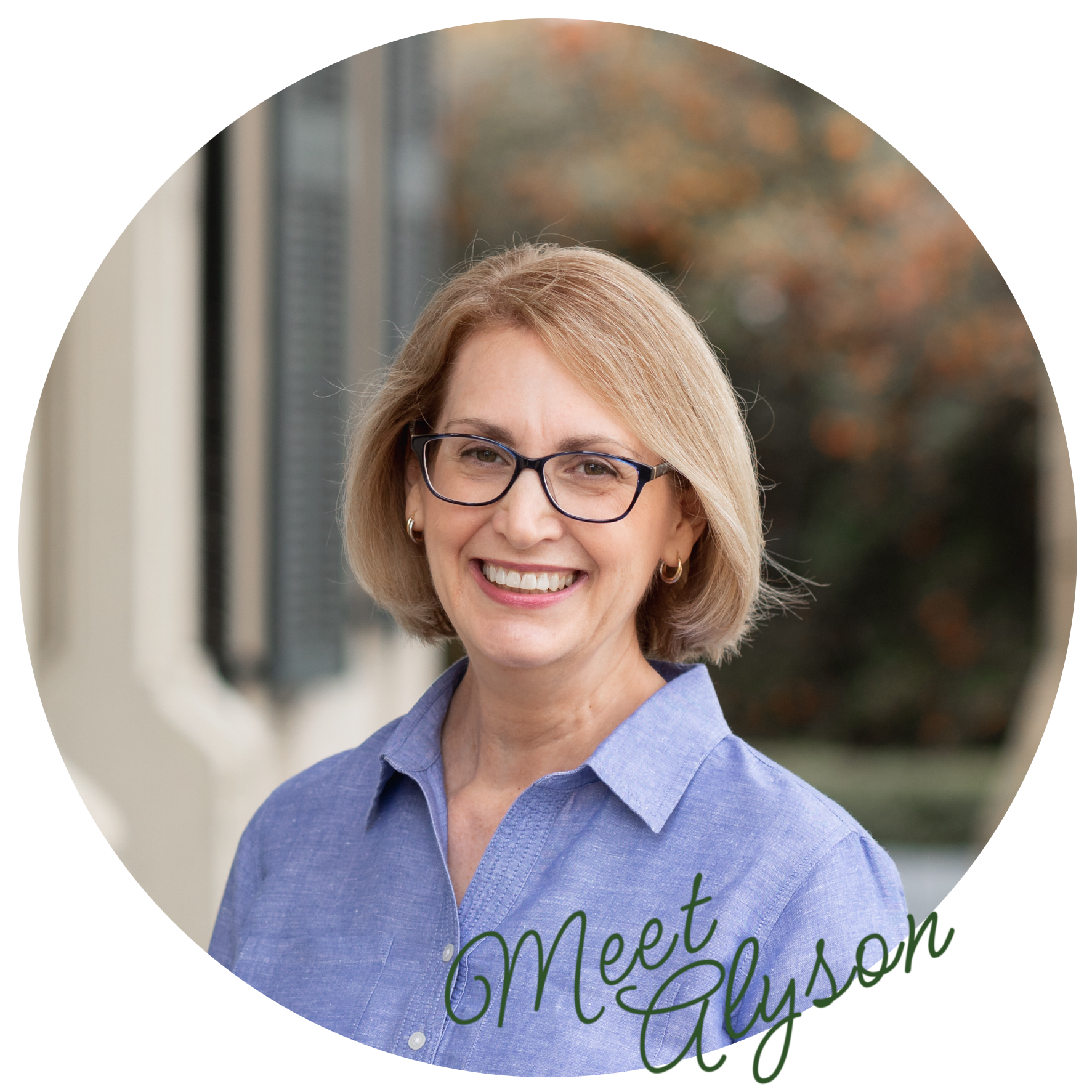 Free Tools For You!

Ready for heart change?
We can’t do it on our own, you know.

But God wants to help us – and so do I! That’s why there’s 7 helpful tools in my Insider Free Printables Gallery. They’re so impactful (and pretty!), you won’t believe they’re free!

Yep, I want to be an Insider …

What does the Bible say? 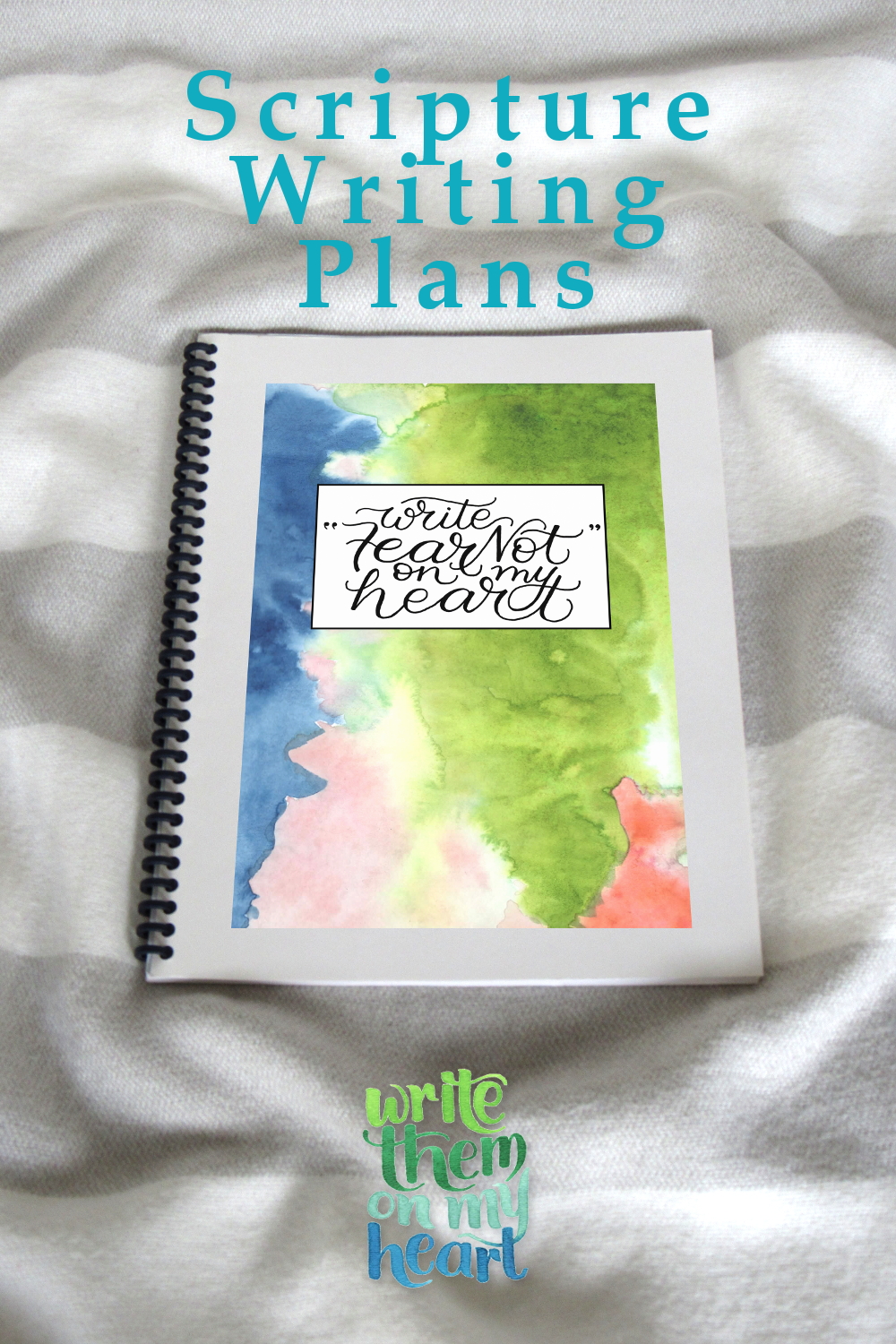 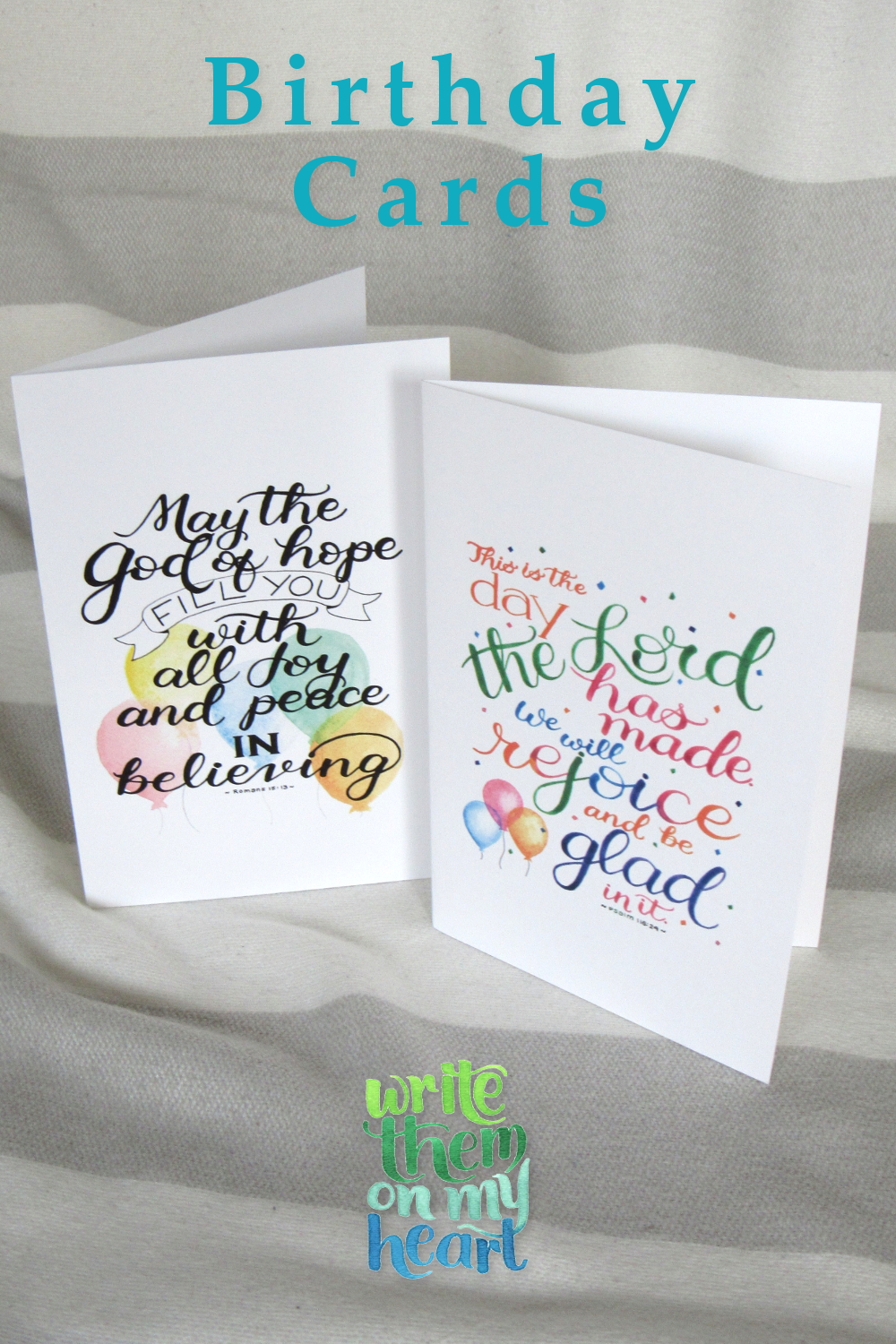 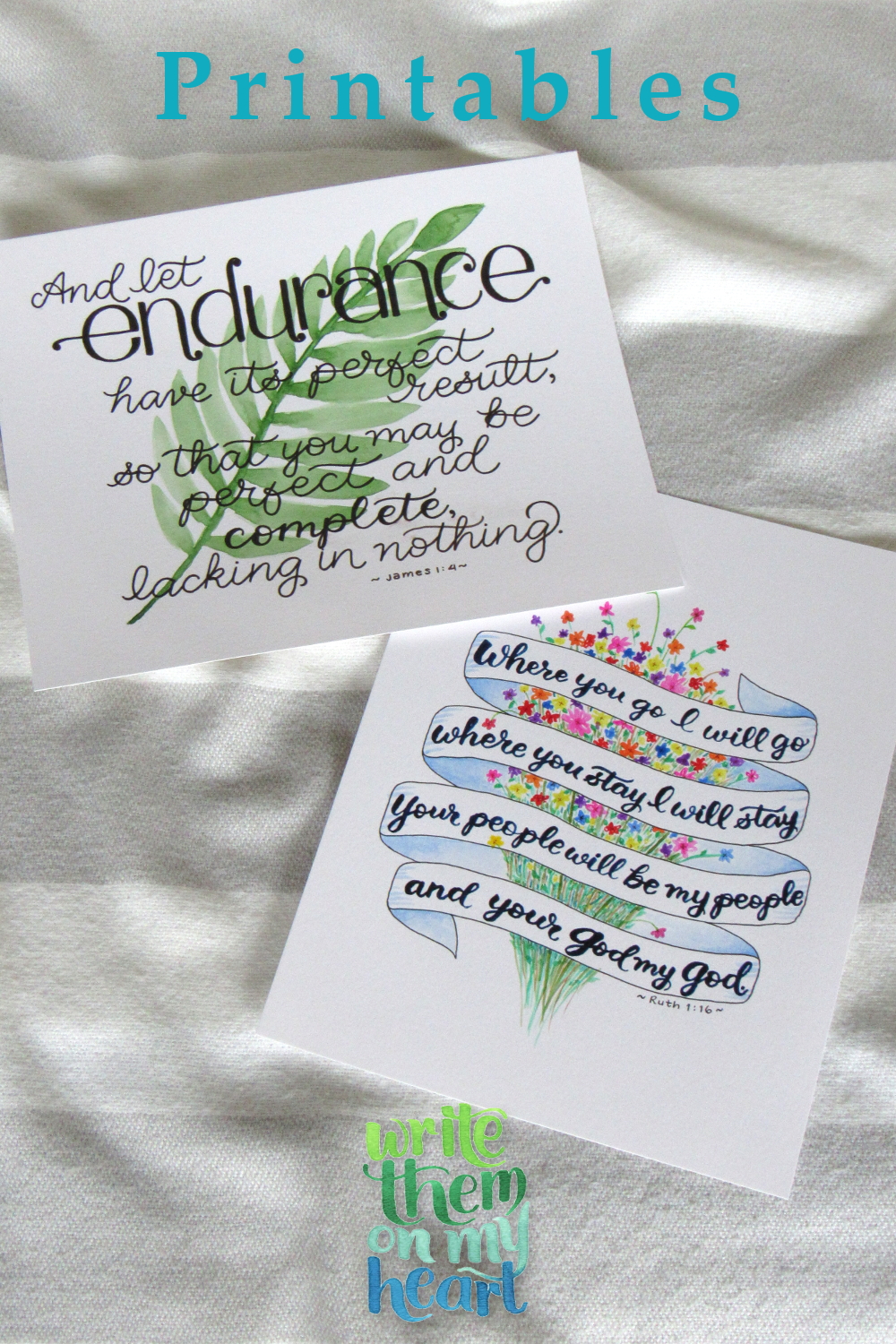